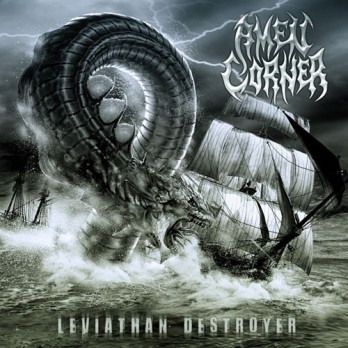 Amen Corner is one of the most important Brazillian black metal bands. The band formed in 1992 and have been releasing intense & spectacular music since. Their latest release, LEVIATHAN DESTROYER, is a conceptual album involving the history of Leviathan - the biggest and most powerful force in the ocean, as well as other mythological entities from oceanic folklore. This album rocks 9 agressive tracks which seamlessly combine standard metal, death metal & black metal - another essential release from Cogumelo!!!