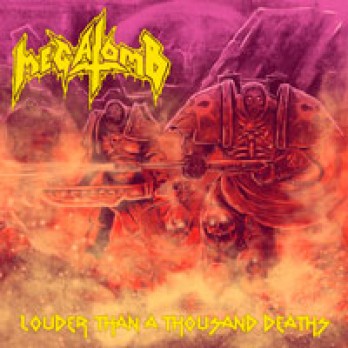 Blackened is the ostentation of death metal the vilest way. Anointed are the oils of harrowing tones anarchically slipped on the dantesque palette of insanity, extracted and merged from blood clots and disintegrated humans remains. But what Megatomb do achieve, is not an orgy of gore but a hasty act of uncontrolled debauchery translated on the mother of all known and future slaughters. And so materialize the evocations that come throughout the length of decades of former horrors: neat Metal with capital letters, unpredictable yet smooth and lethal on its result, with countless casualties. An achievement of mass destruction and global demise, inflicted with due fury after being under and exposed to the pernicious influence of the distorted Stockholm riffing meets the bullets and spikes fuck off violation of Nifelheim on hard drugs. Feel the barrel touching the sweat of your skin, taste its gelid iron touch invading you mouth and wait for the lead to put an end to your most precious treasure: your own life which is close to cease forever.