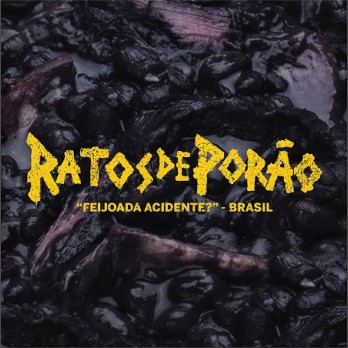 RxDxPx are hands down the undisputed kings of South American Thrashcore/Punk delivering their fast and aggressive brand of Hardcore since 1981. On this album recorded in 1995 and originally released on CD by Roadrunner Records they pay homage to the early Brazilian bands that together with them helped on shaping their country’s underground scene whose sound and attitude is so unique and original both when it comes to pure mind blowing Thrash or when it’s plain, energetic PunkRock.

So the choice of bands covered by RxDxPx on this monsterpiece ranges from the corrosive thrashing explosions of Crossover maniacs like LOBOTOMIA and PSYCHIC POSSESSOR, to the no frills Punk/Hardcore aggression of OLHO SECO, INOCENTES, FOGO CRUZADO, RESTOS DE NADA, HINO MORTAL to the 3-chord PunkRock of GAROTOS PODRES, CASCAVELLETES, PSYKOZE to even some early Ratos anthems revisited and spiced up with speed and rage, like “Nao podemos falar“, “A bomba“, “So pensa em matar“, all of them taken from the band’s very early repertory. All this madness backed by an ultra solid powerful production that simply destroys! And following the line of the latter Brazilian CD reissue of this album, we added a handful of bonus tracks that weren’t up on the original 1st pressing. Housed in a solid, matte laminated jacket with 250 gr cardboard insert. 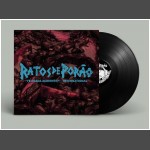 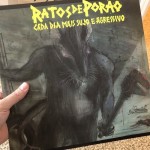